With motivation comes movement. Keeping this in mind, imc presents the “Excellence Award” to those partners who have displayed outstanding distributor achievements. With many differences between global sales partnerships, it is difficult to make comparisons – however, there are certain teams that stand out. For the 2014 business year, Ralf Winkelmann (International Head of Sales), presented three such awards.

The Chinese team of imcAccess was pleased to receive the award for "Sales Performance". Ralf Winkelmann summarizes: "For years, the imcAccess team has been at the top of the export list when it comes to our foreign partners. Compared to the year before, the Chinese team not only achieved an increase in orders of nearly 70%, but they also significantly increased their active customer base. For their efforts, they have demonstrated that they have a strong sales and marketing team. Thus, imcAccess has laid a good foundation for the future and for further growth in China." 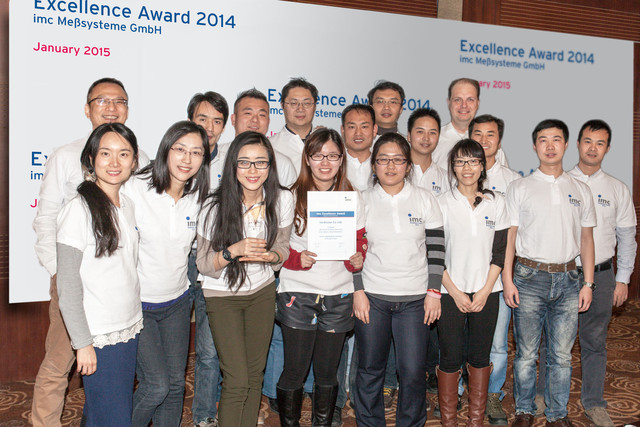 2014 was also a good year for the Korean partner, KOSTECH. They have demonstrated excellence particularly in the acquisition of new business, and for this, they received the Excellence Award in the category of "Business Development". Already since 2010, the Korean team has managed to continue to increase their sales results. Despite the strong pressures by competitors in the Korean market, the 2014 orders from KOSTECH more than doubled. 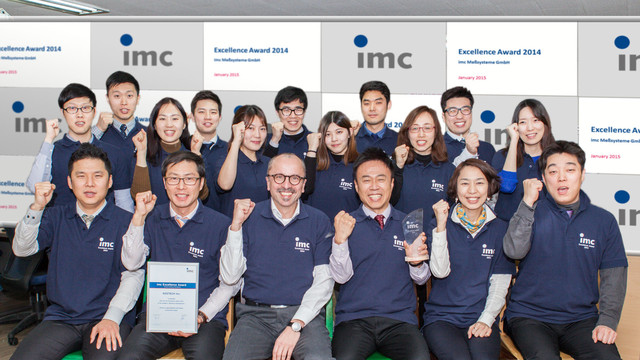 Today, if you take a look back on the sales success of the French partner, you will find a strong asso-ciation to one name: Jean-Pierre Guillard. This sales engineer, who has been successfully selling imc products and solutions for many years in France, decided late last year to start his well-deserved retirement and leave imc Johne & Reilhofer. For his achievements in the building and developing of the French market within the imc Johne & Reilhofer team, Ralf Winkelmann presented Jean-Pierre Guillard with the "Lifetime Achievement Award". 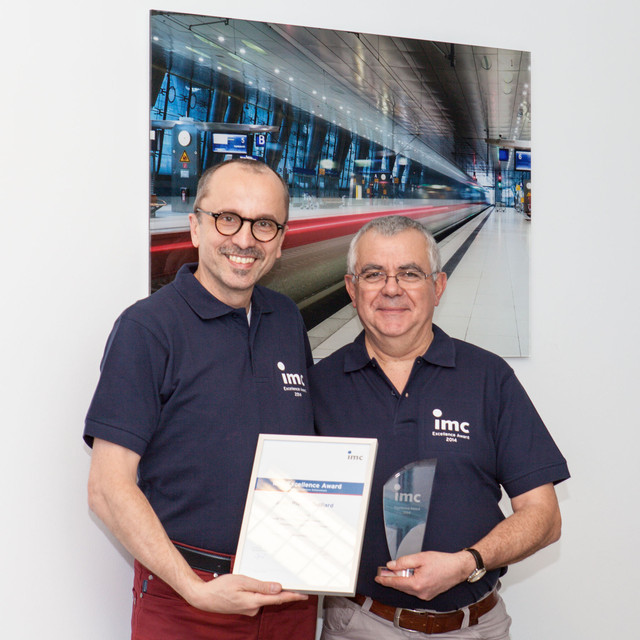 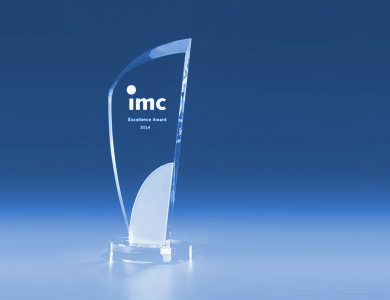